Visit Israel is like a great book that your heart desires to read again, again, and again. A pilgrimage to the Holy Land will be an experience you will never forget. Christians have been going on pilgrimages from the very beginning of our faith. The Holy Land holds importance as the place of Jesus’ birth, life, death, and resurrection.

The wonders of Ancient Egypt

Egypt’s pyramids rise above the sunbaked sands. A cruise down the Nile is still one of the most effective ways to see Egypt, including the archeological treasures around Aswan and Luxor The Sinai Peninsula of Egypt that is a possible location of the biblical Mount Sinai, the place where Moses received the Ten Commandments from GOD 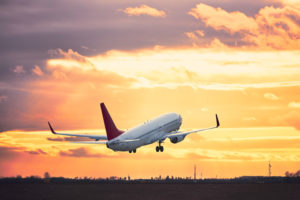 Gather your valid travel documents. Must be valid for at least six months beyond the dates of travel. 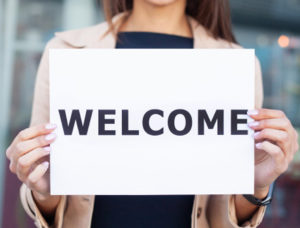 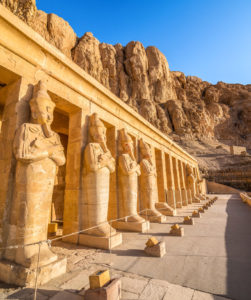 Breakfast at the hotel.

Following to visit Karnak Temple Complex, commonly known as KARNAK, comprises a vast mix of decayed temples, chapels, pylons, and other buildings near Luxor, in Egypt.

After Lunch, back to the hotel. Free afternoon 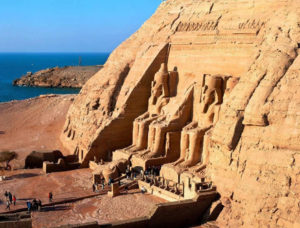 Breakfast at the hotel. (with luggage’s) Departure to Theban Necropolis on the west bank of the Nile, opposite Thebes in Upper Egypt. It was used for ritual burials for much of the Pharaonic period, especially during the New Kingdom. Following to visit  the Valley of the Kings, also known as the Valley of the Gates of the Kings, is a valley in Egypt where, for a period of nearly 500 years from the 16th to 11th century BC, rock cut tombs were excavated for the pharaohs and powerful nobles of the New Kingdom.

Following to visit the valley of the Queens, known in the ancient as Ta-Set-Neferu, which means “the place of beauty 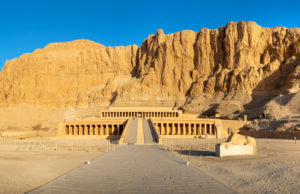 Following to visit the Mortuary Temple of Hatshepsut, also known as the Djeser-Djeseru, is a mortuary temple of Ancient Egypt located in Upper Egypt. Following to visit the Colossi of Memnon, two massive stone statues of the Pharaoh Amenhotep III, who reigned in Egypt during the Dynasty XVIII.

At the proper time transfer to the airport for a late flight from Luxor to Cairo.

Arrive at Cairo airport, assistance from our representatives, transfer for your Hotel in Cairo. Accommodation 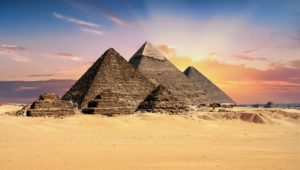 Breakfast at the hotel. We will start our day in Cairo driving to the

After Lunch, following to visit the Old Cairo Museum of Pharaonic art. If time left, we will be following to the el Khalili’s Bazaar. 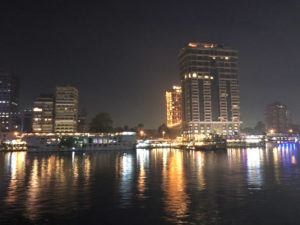 Back to the Hotel. This evening, we will experience an amazing dinner animated by a folkloric dance Show on the boat floating by the Río Nile.

Return to the hotel. Accommodation. 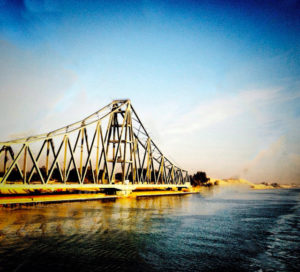 Breakfast at the hotel, check out(with luggage), exit to the Sinai Peninsula (Land part) via Ahmed Hamdy tunnel under the Suez Canal passing from Africa to Asia.

After leaving for the city of Santa Catalina, making a stop at Mara, the place of  bitter water (Moyses time)

Arrival at the hotel. Accommodation 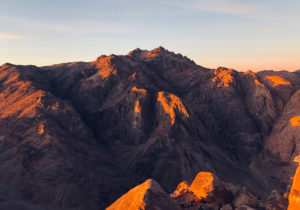 Around midnight leave for Mount Sinai (Mount Horeb) 2285m high, where the prophet Moses received from GOD the tablets of the laws, while the Hebrew people camp at the foot of the hill.  In the morning, as we descend from the hill, we will return to the hotel. Breakfast.
At the scheduled time leave (with luggage) to the town of Taba on the edge of the Gulf of Aqaba. Arrival at the hotel, LUNCH, and free time to rest and enjoy the spectacular red sea beaches. TABA 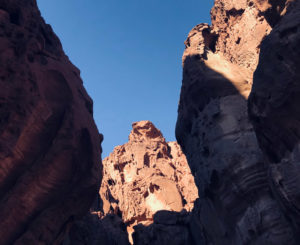 Breakfast at the hotel, (with luggage) at the scheduled time We follow to Taba, the border between Egypt and Israel. Border. Crossing to Israel. Welcome to ISRAEL. Meet your guide. Drive along the Arava Road to the stunning desert backdrop of Timna Park, the setting for the replica of the Tabernacle, also for the Solomon Pillars (Mines) Impressive sandstone hills, located in the center of the Timna Valley. From here to the Dead Sea area. Free time to enjoy a lower place on Earth, sea level. Accommodation Dinner and overnight at the Hotel. 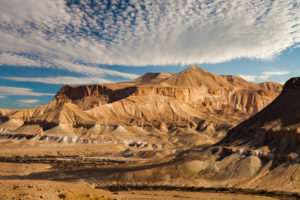 Breakfast at the hotel. (with luggage) This morning climb by cable car to the Masada fortress, Palace built by King Herods. Visit the excavations. From there to Qumran, the ancient place of the Essenes. Following leaving in the middle of the Judean Desert. There are believers John Baptist was part of these deserts. From here to Bethany, house of Mary, Martha, and the Grave of Lazarus. Trough out Jericho, the Judean Valley, and the Jordan Valley to Tiberias.

Welcome to your Hotel  in Tiberias: Days Hotel Tiberias 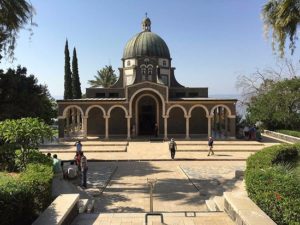 After breakfast, this morning to Boat ride over the Sea of Galilee, from Tiberias to Capernaum. Then to Tabgha, place of the Multiplication of the Loaves and the Fish, to the Primacy of St. Peter, and to the Mount of Beatitudes. Time for Lunch, the taste of “Peter Fish” in a restaurant beside the Sea of Galilee. From here to visit Magdala, city of Maria Magdalena(excavations). Following to Cana da Galilei, where couples can renew their marital vows.

Return to the hotel in Tiberias. Dinner and overnight at the Hotel

Back to the hotel in Tiberias. 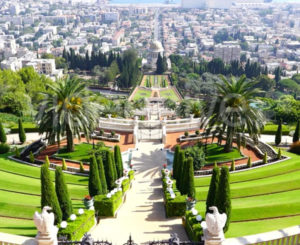 After breakfast, check out (with luggage) Departure to Akko, the remnants of Crusader. Visit the Templers Cavaliers Caves of the Crusader City where St. Francis of Asis arrived in 1219. From here to visit in Haifa the Carmelite Sanctuary of Stella Maris. From here to Caesarea. Stop at the excavation of the Roman City. In the late evening trough out Tel Aviv to Jerusalem.

WELCOME TO JERUSALEM, at the Mount of Olives we will enter Jerusalem praying for the peace.

Welcome to Jerusalem for accommodation and Dinner at the Hotel Hotel: Ramada Jerusalem Hotel 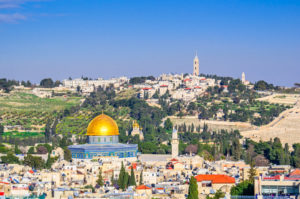 Breakfast at the hotel. Departure to Mount of Olives. Visit the Ascension Chapel, e Pater Noster Chapel, descending to the Dominus Flevit and to the Gethsemane Garden and the Basilica of the Agony. From here to the Mount Sion. Visit St. Peter in Gallicantu Church. Visit the Last Supper Room, King David Tomb. Throughout the Jewish Quarter to the Western Wall. View of the Temple Mount where are the Mosques of the Al Aqsa and Omar. Visit the Israel Museum with the Model of Jerusalem in Jesus Times. Back to the Hotel for dinner in Jerusalem.

This evening, after dinner,  transfer to Jaffa Gate for a Sound and Light Jerusalem Classic Show in the Tower of David. 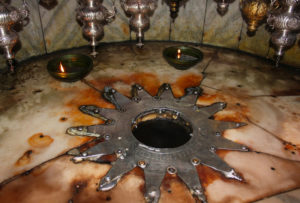 Breakfast at the hotel. Depart to the Old City. Visit the Bethesda Pools. The St. Anne Church. Following Jesus steps in the Via Dolorosa throughout the Saint Sepulcher PALM SUNDAY.

Following to drive to Bethlehem to visit the Church of the Nativity, the St. Jerome and St. Josephs Grottos, the Nativity Grotto, and the Shepherd Field. Return to Jerusalem to the hotel.

Tonight, we will have our Farewell dinner to receive the” Peregrine Certificate”. 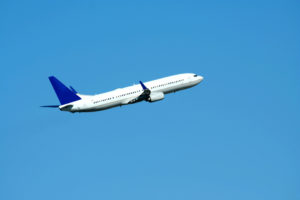 After Breakfast, check out (with your luggage) at the proper time transfer to Tel Aviv Airport for return to home. Assistance in the check-in and with the security matters. Departure. End of our services. Shalom!

Traveling is the best way to learn about the world.

After returning from the heart of a destination, talk to others about your amazing travel experiences. 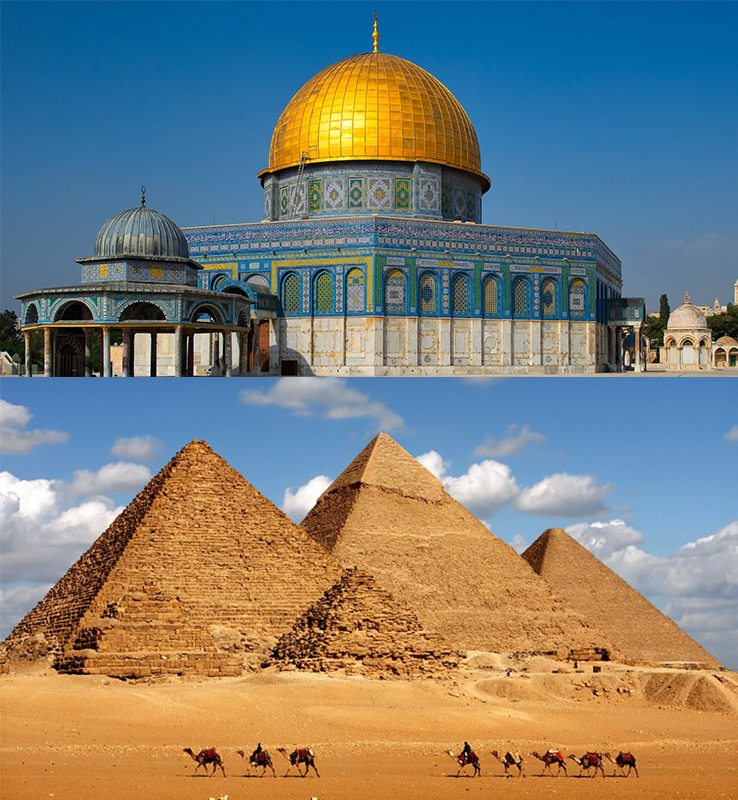 A pilgrimage to the Holy Land will be an experience you will never forget. Christians have been going on pilgrimages from the very beginning of our faith. The Holy Land holds importance as the place of Jesus’ birth, life, death, and resurrection.

Spiritual Director: To be informed

What is the payment method?

Payment in installments to be made into a bank account provided by Bella Travel, at the time of registration.

Can I pay with credit card?

Yes. However, there will be a 4% increase over the amount

What is the date of the last installment?

The last installment must always be made up to 40 days before the date of travel.

After enrolling, can I cancel the trip?

After enrollment within 24 hours, or up to six months before travel. The deposit amounts and the amounts paid in installments will only be returned under the hypothesis of a proven personal emergency.

Do you have any type of insurance that covers cancellation?

YES. USD500 insurance amount – Must be purchased at registration.

What does Compulsory Travel Insurance cover?
It covers medical care for the duration of the trip, up to the amount of USD50,000.00, as well as any necessary changes in cases of proven emergency.
Are there any physical restrictions to make this trip?
Yes. We suggest that the person is healthy, without physical limitations and with a great willingness to walk. The program is very intense.
If I take controlled medications what should I do?
Consult your doctor and ask him to report your medications. Take enough supplement with you for the travel time and also a prescription.
Can I take medicine and documents in the suitcase?
Always carry your documents, cash, credit cards, jewelry, medicines in your handbag.
Can I do only the land part without hotel accommodation?
DO NOT.
Can I do only the land part?
YES.. As long as you arrive at the hotel SAME DAY  the group arrives
Can I change my flight dates without changing the travel itinerary?
YES – We will have to recalculate costs and organize before tickets are issued.
What if there is an emergency that forces me to return before the end of the trip?
Mandatory travel insurance covers any fine for interrupting travel in cases of proven EMERGENCIES.
If my roommate cancels before the trip?
Any cancellation will be subject to a penalty. The party who cancels will be required to cover all costs for the other person’s individual accommodation.
If I don't have a partner to share the room with, how do I do it?
If there is no other person that we can accommodate with you, you will have to purchase the individual supplement before leaving the group.
If I want to be alone in a room when I am at my final destination?
You will have to assume the value of your individual supplement and that of your partner (a) with whom you were sharing the room.
Is there a possibility that the group will not leave?
After being confirmed by the agency, only if there is an act of a nature beyond our control.
Can I leave anywhere to find the group?
YES. You can leave anywhere, but we need to recalculate the prices according to the value of the ticket
Does the travel package include Hotel and food?
The package includes tourist category hotel accommodation with breakfast and dinner at the locations specified in the travel program.
Can I change hotels after purchasing?
Hotel exchange will not be allowed at any time
What document do I need to make this trip?
The passport, which must not expire until 6 months from the date of return of your trip, and an immigration document that guarantees your entry in the destination and return to your place of origin.
How do I communicate with the family during the trip?
All hotels offer free WIFI – Before leaving, contact your operator and activate your phone for international calls.
What is the temperature in the countries during the trip?
Always check the temperature of the place you will visit during the trip. Find out more by clicking on the “Country Data” tab.